“Polychrome” was appreciated by Imani Wj Wright who shared it on his music critic blog. I am really happy for his words.

This is a composition which can be admired not only for its phrases and sounds, but the seamless transitions and selection of emotions this "Polychrome" cultivates. This is outstanding. 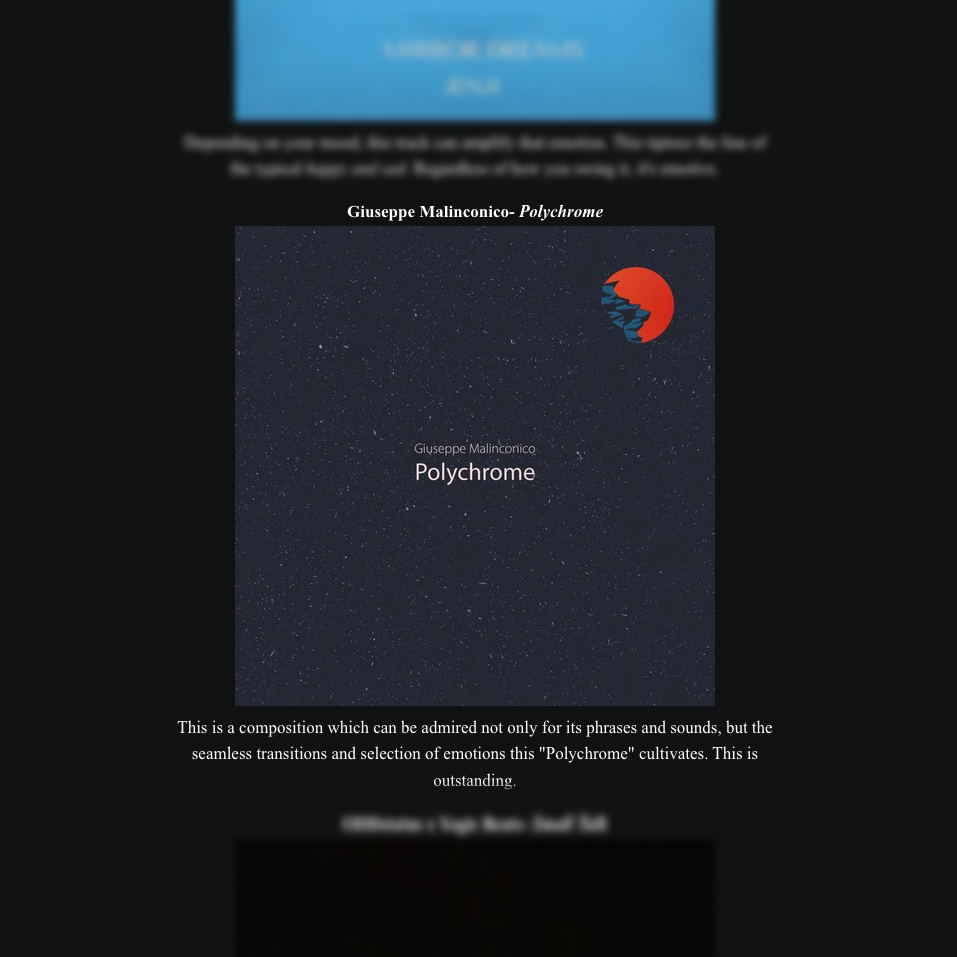 Giuseppe is a modern pianist from Vicenza (Italy). When he composes he sets no limits and lets himself be contaminated by all his plays ranging from 80s rock, progressive metal and electronic music. The glue between these musical genres is jazz and moments of improvisation are never lacking. He loves the aggressiveness of metal music, the sweeter melodies of ballads and the most refined rhythmic elements of prog music. He is inspired by bands like Supertramp, Queen, Dream Theater and pianists like Michel Petrucciani, Hiromi Uehara and Tigran Hamasyan. “Up for Play!” is his first album of original music, a first attempt to represent his musical identity. He graduated in jazz piano at the “Arrigo Pedrollo” Conservatory in Vicenza with honors. He founded in 2017 the Italian website of online piano courses “Piano Segreto” which has more than 5000 students enrolled in his courses. In addition to piano activities, he sings in the Queen tribute band “Break Free Queen Tribute Show” in major theaters and festivals across Europe. He loves pizza, Coca-Cola, has a mustache and is fond on Far Eastern culture.